The Strand Theatre, built in 1918 as a magnificent movie and vaudeville house, was forced to close its doors in the late 1960's due to disrepair. The City of Boston obtained the Strand by eminent domain in the early 70's.

The City of Boston is committed to the restoration of this neighborhood treasure. Duro Fiber has been commissioned to restore the terra cotta, marquee and windows to their original condition.

When completed the Strand will once again play a central role in the economic and spiritual revitalization of the community it serves, and the Strand continues to be an Arts Space, Community Place in Upham's Corner, Dorchester. 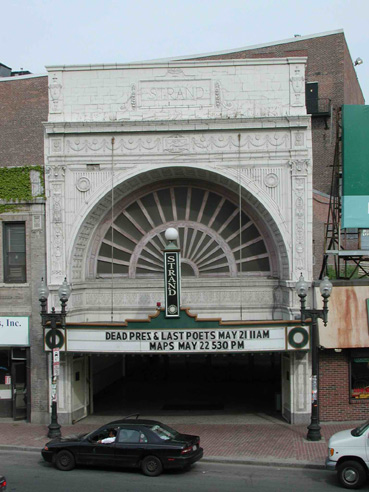 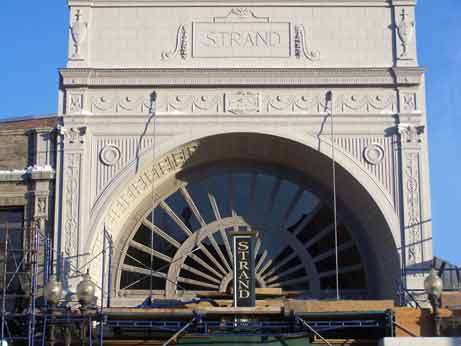 Click on any of the pictures below to enlarge them

These pictures above were taken in 2007. They show the deteriorating condition of the terra cotta and windows.

The pictures above are of the finished windows.

Here are a few pictures of the progress.

Click on any of the pictures to view high resolution pictures

The terra cotta  and window portion of the project is complete. The marquee is the next phase of the project. It is scheduled to be completed in the spring of 2009.

The work on the marquee continues.

click here with questions or comments about this web site.
Copyright © 2008